Now, if you haven’t bought SanDisk micro SD cards lately, let me warn you now, the silk screen looks horrible. At first I thought they were counterfeit, it’s that bad. I wonder if the guys at SanDisk did some research to see how shitty they could make the silk screen and not have it appear in cell phone photos. My potato camera phone has just enough noise that it’s difficult to tell just how bad the SanDisk logo looks, but it’s awful.

My camera phone isn’t the greatest, but these cards look just as blurry and noisy in reality

But a bad silk screen can be overlooked if the cards themselves still function, which brings me to my next point:

So the SanDisk card is a about 700MB smaller than the Transcend. That alone was enough to make me apply for an RMA… 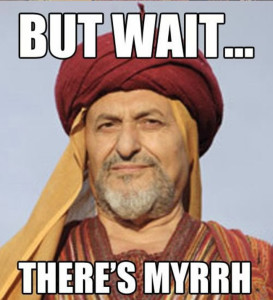 A Class 10 SD card is defined as having at least 10MB/s sequential write performance. Since we already know these cards over-advertise their capacity, what is the performance like? 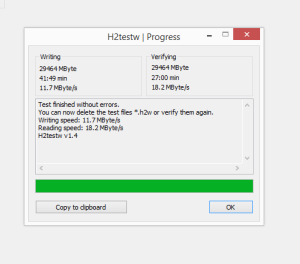 Card 1 makes it past the Class 10 specification, averaging a sequential write speed of 11.7MB/s using H2testw with a fresh FAT filesystem. Not great, but at least it’s within specifications. 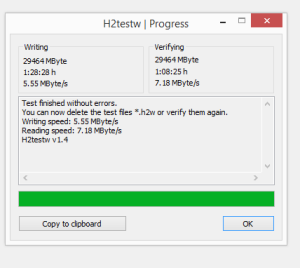 Card 2 however, barely makes it past Class 4. With an average write speed of only 5.55MB/s, this card is just abysmal.

What about read speeds? Well, Amazon claims up to 48MB/s (megabytes per second) reading speed:

Verdict:
Back to Amazon you go, shitty SanDisk SD cards. Next time I am going to buy Transcend, and from now on I’ll be testing any cards I buy to make sure they:
A) Are actually the advertised capacity
B) Meet the minimum specifications for their advertised Class
C) Can be read in all my devices, unlike these cards which wouldn’t read at all in my MacBook Pro

Testing method:
Both cards were tested in a Dell Venue 8 Pro running Windows 8.1.

I would have liked to have tested their raw speed using dd in Linux, but unfortunately my MacBook Pro would not read the cards at all! dmesg was full of SD sector and command errors when I put the cards in the reader.

Edit (26.07.2015): I bought Transcend cards from Amazon, and again they were not true 32GB cards. My old Transcend card was made in Taiwan, whereas all the “32GB” cards I have gotten from Amazon this year are made in China.

For the time being, I have ceased to purchase 32GB microSDHC cards from Amazon until I can find a brand that sells a card that is actually 32GB.

1 thought on “From Amazon with love: not quite 32GB micro SD cards”