I recently bought a 128GB USB mass storage device from Amazon here in Germany. The price I paid for this unbelievable amount of storage in my pocket? Just 22 Euros.

As you maybe know from a previous article, I’m never exactly pleased when I buy a storage device and find out that the manufacturer is actually selling less capacity than they’re advertising. Rather than turn this into another rant, I’d like to start a discussion with storage manufacturers about what 10^9 means.

So, why the confusion? Well, when you buy a computer with 8 “GB” of RAM, you’re actually buying a computer with 8 GiB of RAM. But, for historical reasons, it’s much more common to see electronics advertised with “GB” instead of “GiB” (although in recent years things seem to be changing, at least on the software side).

Some smart executive at a storage company long ago figured out that if they were advertising products as having 1 GB of capacity, that was actually 10^9 bytes, not 2^30 bytes, and they could increase profits if they started selling devices which were only 1,000,000,000 bytes instead of 1,073,741,824 bytes. That’s like 7% less storage! 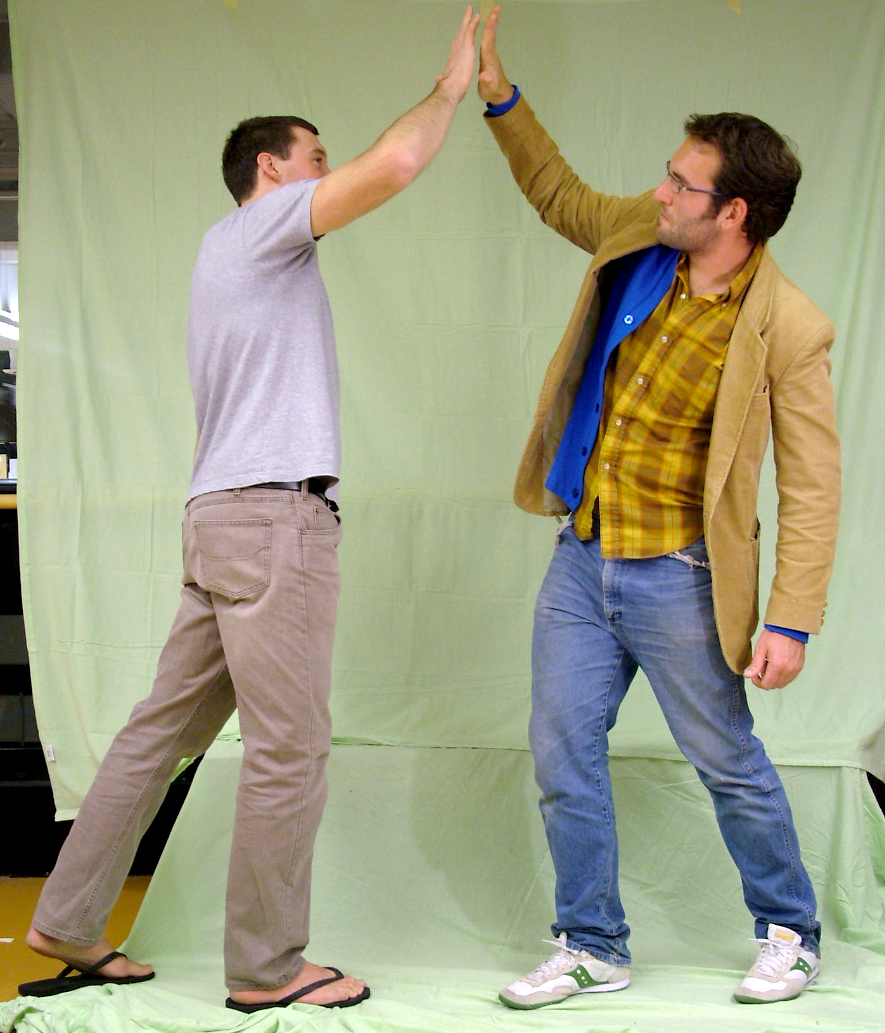 And in fact, storage manufacturers have been quite clear about this for a long time. They state quite clearly, in small print, on the back of the box or at the bottom of their product webpage, that the actual size of a Gigabyte is really 1,000,000,000 bytes. So, when you plug that shiny new storage device into your computer, and see 119.2GiB, well that’s just you failing to do the math to account for the difference between 10^9 and 2^30.

In fact, many manufacturers have support pages dedicated to outraged people who buy a device and haven’t read the fine print. Here is the SanDisk website explaining device capacity:

I am not here trying to argue that electronics manufacturers should advertise storage devices advertised in GiB. They’re correctly advertising the capacity of the devices in Gigabytes, the SI unit. It would probably help SanDisk even more if on their website they used the appropriate definition for 2^30, which is Gibibyte. But as I said, consumers have gotten used to reading “GB” so when they see “GiB” they don’t understand what the difference is.

I know, I can hear you thinking right now “Okay, so what? Get to the point already, you’ve been droning on for over 400 words. Hey, are you paid by the word?”

First, I make no money from this website. And second, I said this was a discussion, not a rant. In a discussion, you must provide context and frame the problem. Otherwise it’s just blatent complaining.

Remember that SanDisk page (pictured above) where they helpfully explained the difference between a Gigabyte and Gibibyte for us? Well, I didn’t show you the whole page. Here is what is written directly after the screenshot pictured above explaining a gibibyte:

So, basically what SanDisk is telling us here is that the actual size of the device isn’t even the advertised capacity multiplied by 10^9 bytes, it’s actually less. This is basically the legal equivalent of them saying “trust us, it really has 128,000,000,000 bytes inside, but you can’t use them all.”

Somehow, our governments have decided that this kind of advertising is legal.

I went back and looked at the Amazon.de page where I bought the product. It might shock you, dear reader, but there was no fine bullet point in the specifications saying “actual user storage less”:

This is understandable. If people saw “actual user storage less” mentioned in the product advertisement, they would probably be suspicious of the amount of storage they were actually buying, and sales would suffer.

I thought I would go look at other retailers to see if “actual user storage less” was mentioned anywhere on their websites. Here is the same product listed on Amazon.com:

Okay, so the companies selling these devices aren’t overly eager to include this fine print, which SanDisk actually includes on their website. In small text, at the bottom of the page:

I emailed SanDisk about this to ask why the “actual user storage less” wasn’t mentioned on any retailers website, and they responded:

While I disagree with their reply, I understand that retailers have some freedoms in how they advertise a product. However, with this in mind, I am sure that a small army of SanDisk lawyers would co-sign a cease and desist letter if I started advertising their products in any way which they determined was harming their brand value. But then something curious happened…

SanDisk claims that they don’t have any control over how retailers advertise their product, but then they state that these companies are “authorised distributors and resellers.”

Given the incredibly high percentage of counterfeit products being sold these days under the label of a well known brand, it’s clear that manufacturers need a trustworthy outlet to sell their goods, or consumers might begin to doubt the quality of their brand. That’s the economic impact of “electronics priacy” [PDF].

Managing your supply chain and maintaining your brand image costs companies millions, if not billions, of dollars every year. It’s serious business. People go to jail for importing and selling counterfeit products.

So, when a company claims that they have no control over how their product is advertised, I find that a bit difficult to believe. Legally they may not have an obligation to require retailers mention “actual user storage less” but morally and ethically they should ensure that their retailers do not advertise their product in a misleading way.

They also mention in small text, on the back of the package, that “actual user storage less.” Too bad they didn’t state this anywhere on the actual retail page.

At this point, anyone who is sane will do the math and ask the question “You received 2.2% less capacity than was advertised. Why have you wasted your time writing about this?” and that’s because I’m scared of the precedent this is setting.

It’s true, it’s seemingly pointless to sit here and discuss the missing 2.2%. But 10 years ago, you would spend a lot of money to buy a USB stick which was 2GB. Even now, most people pay phone companies tens of dollars per month to transfer 3GB over 3G or LTE, or $90 per month if you’re unlucky enough to own a smartphone in Canada:

So even though as a percentage, it’s relatively small, it a not-insignificant amount of capacity that’s missing. If this was a 1TB device, you would be missing 23GB, and this is even before we get into Giga versus Gibi and formatting…

When I buy a device where the primary function is storage, I expect to be buying a device which can contain $CAPACITY * 10^9 bytes of data. This is important for things like data recovery. If I need to make an exact duplicate of the data on a storage device which is 128GB, I don’t want to have to worry about buying a device from a specific manufacturer, model, or serial number range to be able to store the data. This isn’t swapping the PCB on a broken hard drive, it’s just buying a simple storage device!

I’m scared of what message we’re sending to manufacturers when we allow them to sell us products with vague statements like “actual user storage less” and what it means for the future of the industry.

If I buy a smartphone which has 16GB of space, I expect to be able to use less, because the primary function of a smartphone is to be a pocket computer. I understand that capacity is required for the operating system, and that the actual capacity available to me will be less than the advertised amount.

But to buy a device whose sole purpose is to store data, and have that device provide less capacity than advertised. That’s scary, not for the 2.2% that I can’t use today, but because tomorrow it might be 5%, and in 10 years 20%.

Why is the capacity less? Perhaps they’re using NAND which doesn’t have space over provisioned for error correction and wear levelling, allowing them to fit a few more on a wafer. Or maybe the chips have bad regions which they’ve mapped around, meaning you get a slightly smaller capacity. I doubt we’ll ever get an explanation apart from “actual user storage less.”

SanDisk isn’t the only manufacturer doing this, but they’re certainly the worst offender that I’ve found. Recently I purchased some 16GB micro SDHC cards from Transcend, and they’re 0.5% under capacity as well. Luckily I have found that Samsung’s EVO line appears to at least provide the advertised capacity in 10^9 bytes. But, how much longer until everyone clues in to the get out of jail free card that is “actual user storage less” and starts selling devices under the 10^9 capacity?

The moral of the story here is: complaining on the internet is useless. Vote with your wallet. Return anything which is not actually 10^9 bytes of capacity, and rate it accordingly to warn other users. I’m not going to support a brand which, in my opinion, allows retailers to advertise their products in misleading ways. Besides, the performance sucked (4.5MB/s sequential write). You get what you pay for.